Get the redirect location of a URL using Google Apps Script

Have a list of shortened urls and need their final destination? Use this custom function in google sheets to extract them all at once.

Handy little snippet that can make testing redirects on URLs a lot easier, which can be useful for expanding short links from social media sites like Twitter.

Source: get the redirect location of a url using google apps script 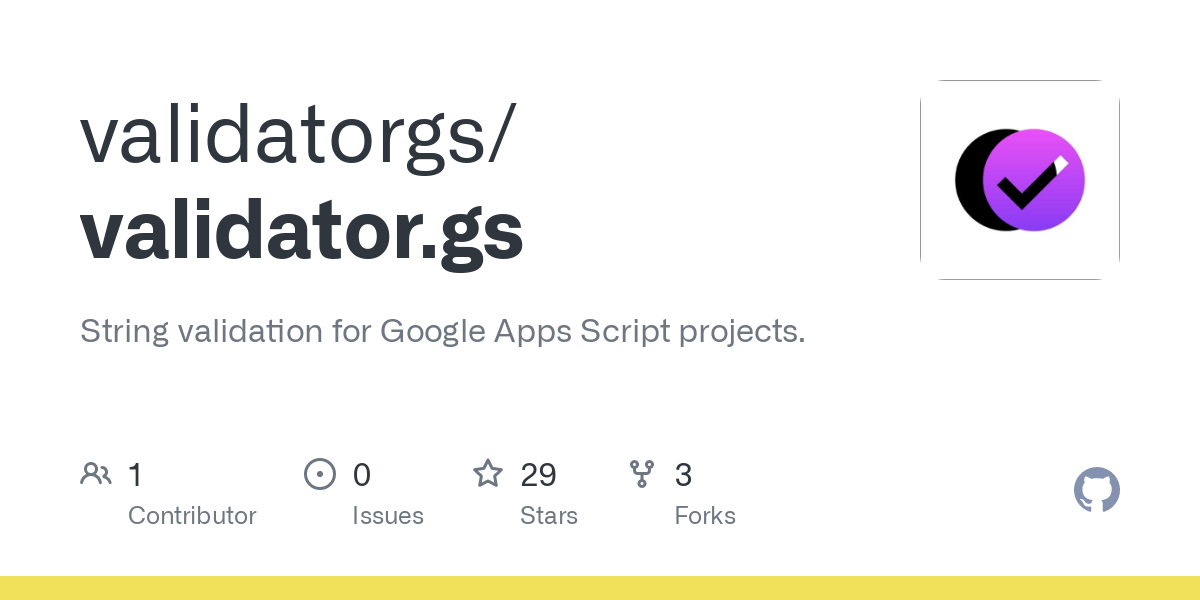 Sourabh Choraria has packaged some of the validator.js methods into a Google Apps Script library. Ported validators currently include isUrl and isEmail , date validators and more. Sourabh has also posted the backstory behind this library.

show a processing status in a cell when looping through rows in google sheets using google apps script.

When working with small batches of data it can be useful to show the user that the data is being processed. Here is an example script from Sourabh Choraria which use SpreadsheetApp.flush() to force write updates to a Google Sheet. As this method relies on .setValue() instead of .setValues() it’s worth keeping in mind for bigger data sets that using HTMLService and a custom dialog or Speadsheet.toast()

If the .setValue() / .flush() Al from coda has provided this gist

To make this work, you need to add a Sparkline() function to your Google Sheet that references a hidden “For progress” column: pic.twitter.com/jk87wvuuyj

This example from Sourabh Choraria is a nice example of how you can apply text formatting to parts of Google Sheet cell values. Reading Sourabh post got me thinking if having an Add-on or built in feature that used basic markdown for cell formatting would be useful? e.g. typing `I just love **bold text**` would result in the cell being displayed as `I just love bold text`.

A directory of Google Workspace and Apps Script Developers.

This space is to help bridge that gap within the Google Workspace (previously, G Suite) Developers community and mostly geared towards users who work within the Apps Script ecosystem.

Sourabh Choraria has created a new initiative to help Google Workspace and Apps Script developers connect. Anyone can submit their profile to be included in the directory.

Sourabh Choraria kindly helped me solve an issue I was having passing data from webcaptioner.com to Google Sheets. Click through to the source link for the full explanation from Sourabh, but in essence the problem was I was losing data because I wasn’t using the LockService .

A handy Google Sheets add-on from Sourabh Choraria that can give you an Excel like summary of the Google Sheet you are working on that can display information like the number of: filled cells, formulas, charts and more. This post is also worth reading if you are interested in tips for the Add-on publication processes, highlighting some of the pitfalls you can avoid. The code for the Add-on is also open source making it possible to reuse in your own Apps Script projects.

Most conversations around solutions or automations created using Apps Script eventually get to a point where being able to address concerns around its reliability, security and scalability becomes a challenge — more so if compared to having similar applications being built on other platforms (say: AWS, GCP, Firebase etc.).

In this post, we’ll see how to navigate our way through said constructs by addressing parts of these problems and also explore ways in which we can bake some solutions right from the get-go!

In this post Sourabh Choraria provides some very useful answers for common questions organisations have when using Google Apps Script as part of their infrastructure. Points covered in this post include: managing concurrent executions; being able to securely store, access & manage API keys, tokens; and considerations around quotas.

Sometimes with Google Apps Script web apps you need a way to authenticate the user whilst also publishing the web app to run under a specific account. Sourabh Choraria details how Firebase can be setup allowing you to authenticate users with their Google account.

send a follow-up email to all undecided participants of a meeting that you’ve scheduled via google calendar using apps script.

here’s a piece of code that you could schedule for every morning (preferably before your official work hours start) to be triggered, such that the script could iterate through every single meeting event that you’ve scheduled (i.e. where you’re the “organiser”) for the day and send an email to all those invitees who’ve neither accepted nor declined (even excluding the maybe’d ones too) to said invites.

Nice post from Sourabh Choraria which covers interacting and using data from your Google Calendar.

conversational stats – a way to talk to your data

leverage the power of dialogflow & connect your data sources with simple apps script functions to experience the next-gen approach towards consuming data and shaping insights.

Nice proof of concept from AppsScriptPulse Contributor (and now Editor :)
Sourabh Choraria of the results of a recent hackathon to use Google Sheets as a data source for a Dialogflow agent/bot.

Source: conversational stats – a way to talk to your data

use array map method instead of “for” loops to iterate faster through 2-dimensional spreadsheet data.

Sourabh Choraria shares his experience of using Array.map to find values in a Google Sheet and the performance benefit of using this approach.