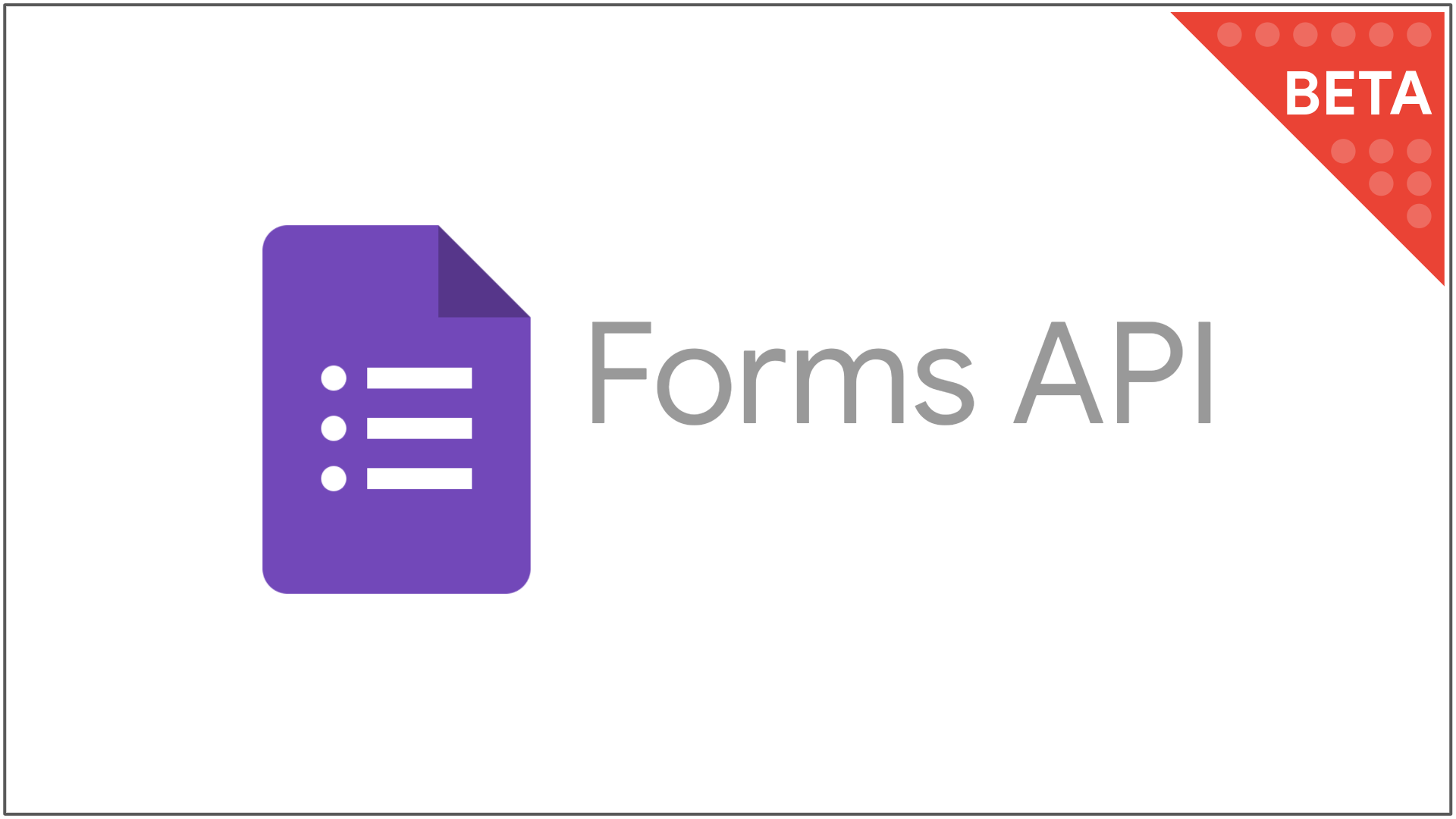 Google is proud to announce the Google Forms API! The Forms API is currently available in Restricted Beta, with Open Beta expected to follow in Q4. … The new Google Forms API provides programmatic access for managing forms and acting on responses, empowering developers to build powerful integrations on top of Forms.

The Forms API is currently in Restricted Beta. We encourage you to apply here to be an early adopter to get started with the API today! We’ll also send you important updates about Open Beta and improvements to the API. To keep up to date with all the APIs of your favorite Google Apps, please subscribe to the Google Workspace Developer Newsletter.

On Totally Unscripted we were delighted to have Christian Schalk (Developer Advocate, Google) and Hannah Pho (Software Engineer, Google) as well as early Forms API partners Charles Kemp (Strategic Alliances Manager, Zapier) and Charles Wiles (CEO, Zzish), talk about the new Forms API. A recording of the show is on YouTube and show notes will soon be added to the Totally Unscripted website.