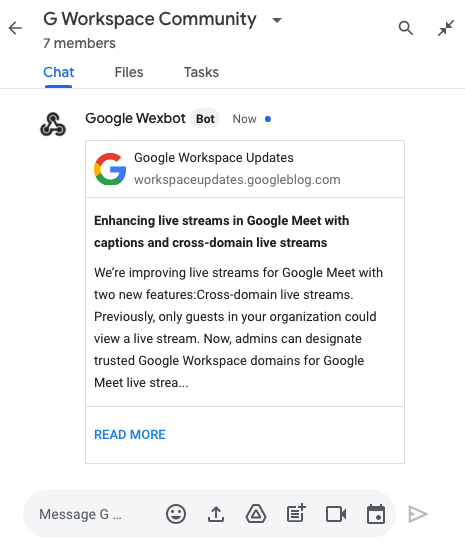 For community members receiving these timely updates, this “bot” may seem magical. In reality, it’s neither magic nor a traditional Chat bot, so the reference in the Chat UI calling it a “bot” is a bit of a misnomer. The Google Updates “bot” is in fact a simple Google Apps Script application that parses the RSS feed about new posts, and sends them asynchronously to the room via webhooks.

We’ve highlighted the ‘Wexbot’ before both in a Pulse post and in a Totally Unscripted episode, but nice to see it also feature in the official Google Developers blog.