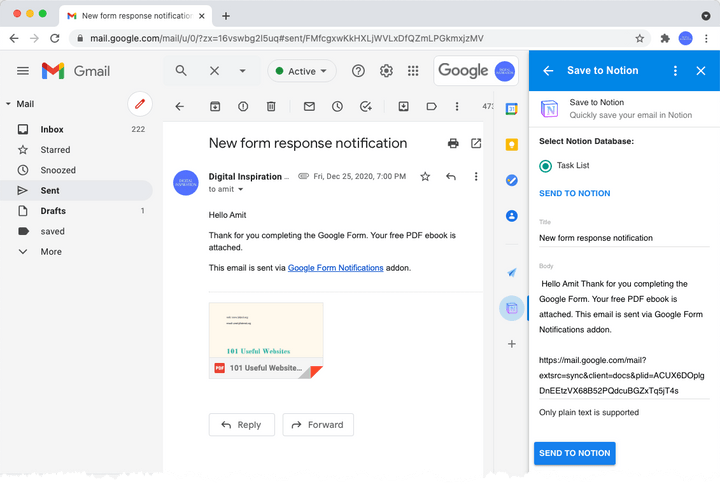 How to use the Notion API with Google Apps Script to connect Gmail, Google Forms, and Google Sheets with your Notion workspace.

Notion, my absolute favorite tool for storing all sorts of things from web pages to code snippets to recipes, just got better. They’ve released a public API and thus it will be a lot easier for developers to read and write to their Notion workspace from external apps.

For note keeping fans of Notion Amit Agarwal shares some basic code to interact with the Notion API. Amit also has wrapped this into a new private beta Gmail Add-on that you can see in the post with a link to request early access.

Source: How to Use Notion with Gmail and Google Sheets using Apps Script – Digital Inspiration

← How to Use JavaScript to Automate SEO (With Scripts)
Google I/O AMA: Integrate Google Workspace with your solutions – 20 May 2021 at 2000UTC →