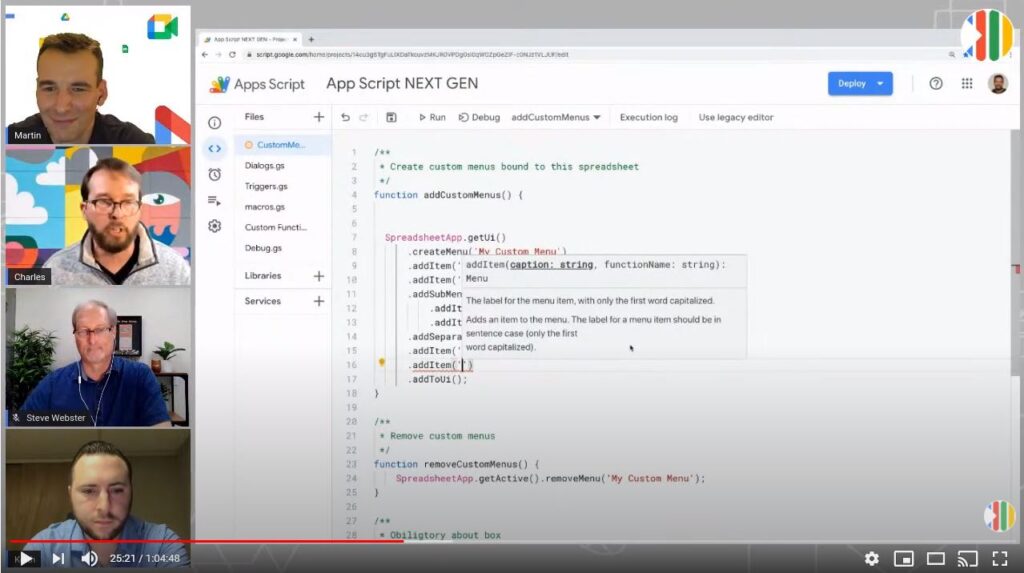 In the episode we broke the exclusive news that the new Script Editor will be rolling out to all users starting on 07 December 2020. I can’t thank Keith enough for taking the time out to share this news to the Totally Unscripted audience first and also to Charles for making possible as well as providing an expert tour of the new Apps Script Editor.

More official news and resources will be published next week and we’ve setup a category on AppsScriptPulse to capture these and community contributions.

If you missed the live episode the recording is included in the source post.