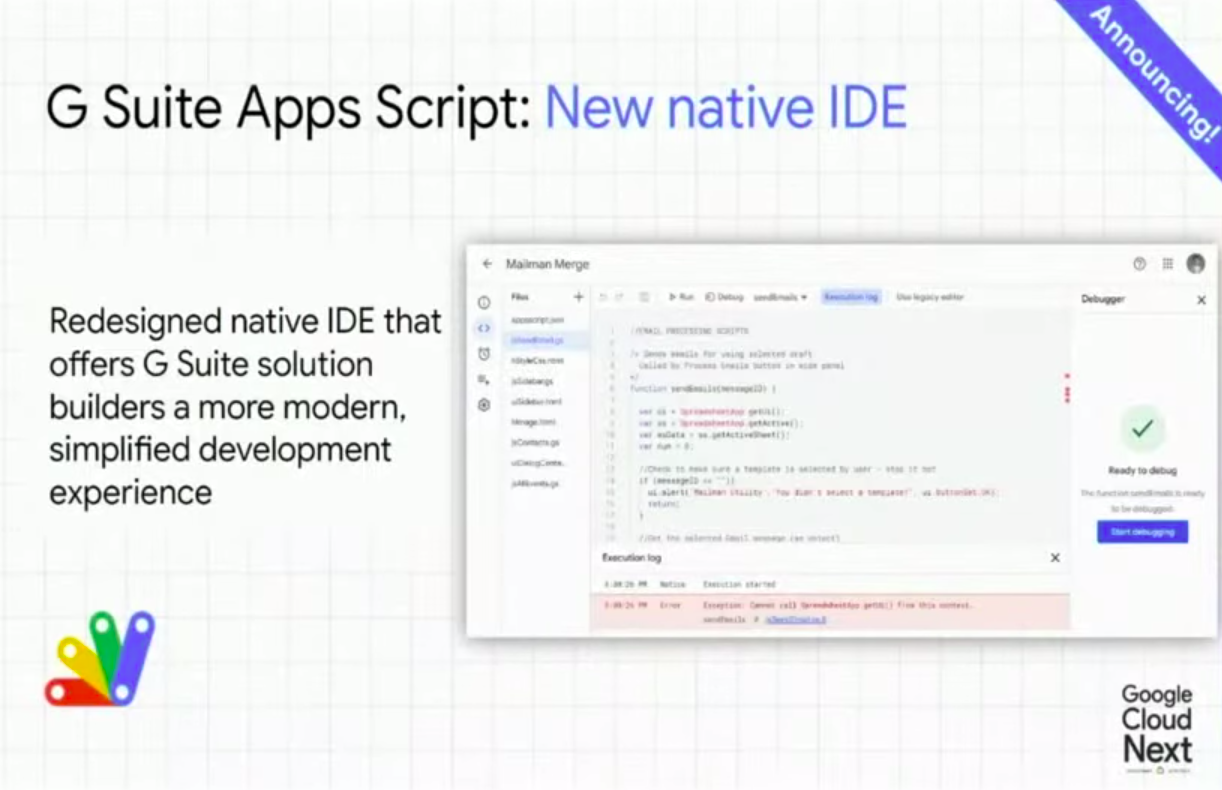 As part of Next OnAir week 2 the focus was on ‘Productivity and Collaboration’ Charles Maxson from the G Suite DevRel team not only provided some highlights from the week, but he also premiered the new Google Apps Script IDE.

This post includes a recording to a live demo of the new Google Apps Script editor. No news on when the new Script Editor will be generally available, but from the demo it looks like Google have focused on making it easier for developers to code and debug scripts.