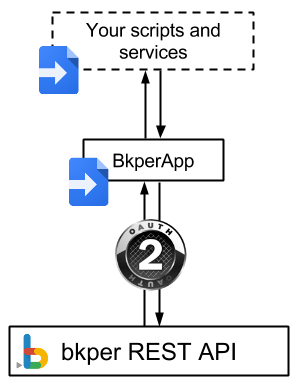 Bkper “provide a simple way to work with Finances and Accounting on Google Cloud”. The BkperApp is a Google Apps Script library they have published so that other developers have an easy way to interact with the Bkper API. There are a couple of reasons for highlighting BkperApp. First it’s great to see a company invest in developing and publishing a Google Apps Script library for their product. The BkperApp code is worth looking at because the code has been developed in clasp using TypeScript. Finally the code is open source (Apache License 2.0) so if you are thinking of developing a library for your own product BkperApp might provide a useful starting point in terms of how you structure your project.