A tool to schedule weekly time triggers between two dates in Google Apps Script. Grab the code and ready the quick-use guide or stick around for a deep dive.

Nice solution from Scott Donald to setup timed triggers for a fixed period so you don’t have to worry about manually adding/removing.

Help! My time triggers are not in sync! : How to update your Google Apps Script project time zone. – Yagisanatode Scott ‘Yagi’ Donald provides some very useful tips on how you can check and adjust your Apps Script project’s timezone.

Source: Help! My time triggers are not in sync! : How to update your Google Apps Script project time zone. – Yagisanatode 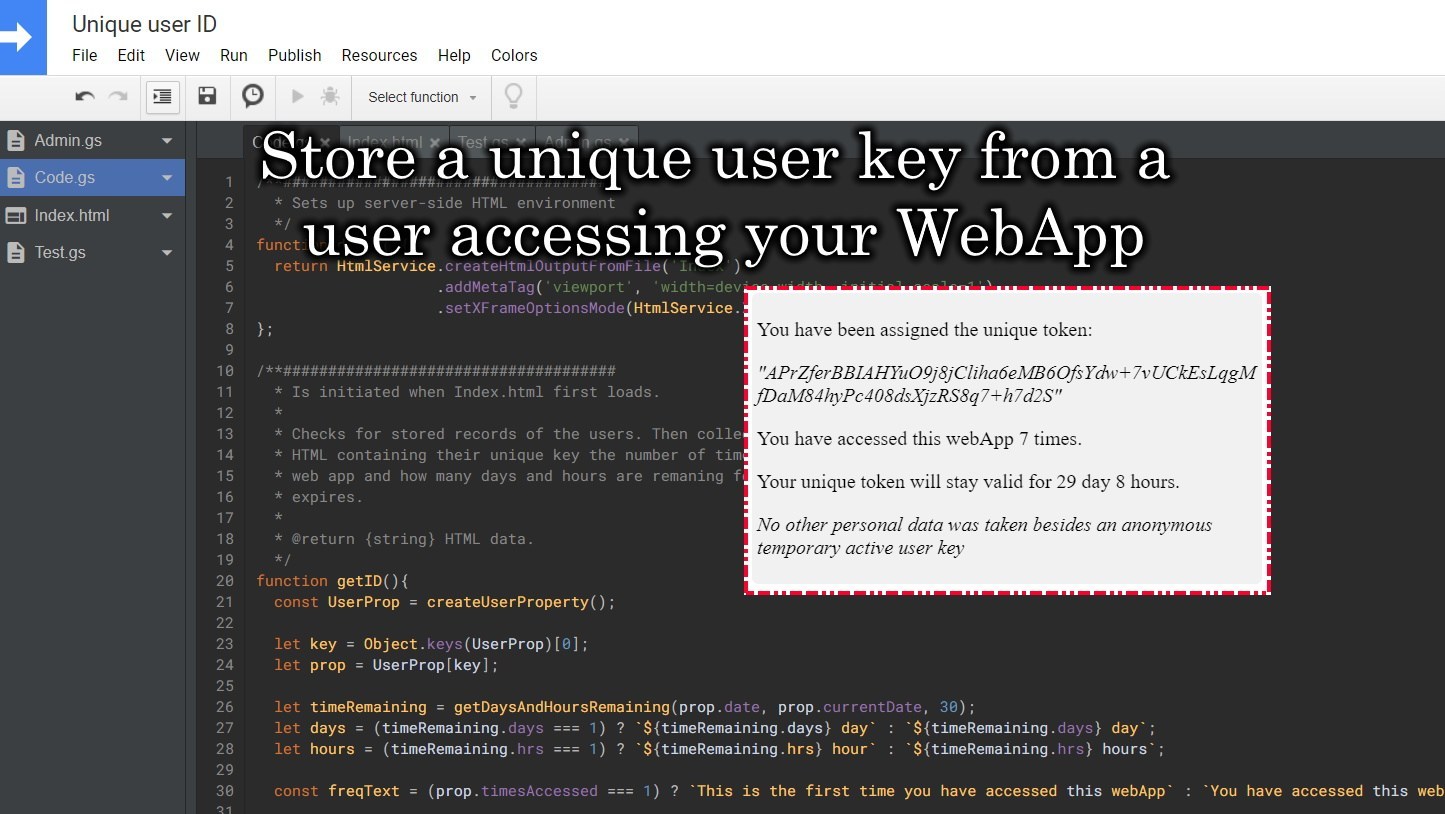 In this tutorial, we will cover creating a custom Table of Contents that lists your Google Sheets tabs on its own tab using Google Apps Script. This Table of Contents (TOC) will update whenever you open your sheet or choose to update it with a button.

As always a very detailed explanation of how this solution works from Scott ‘Yagi’ Donald. 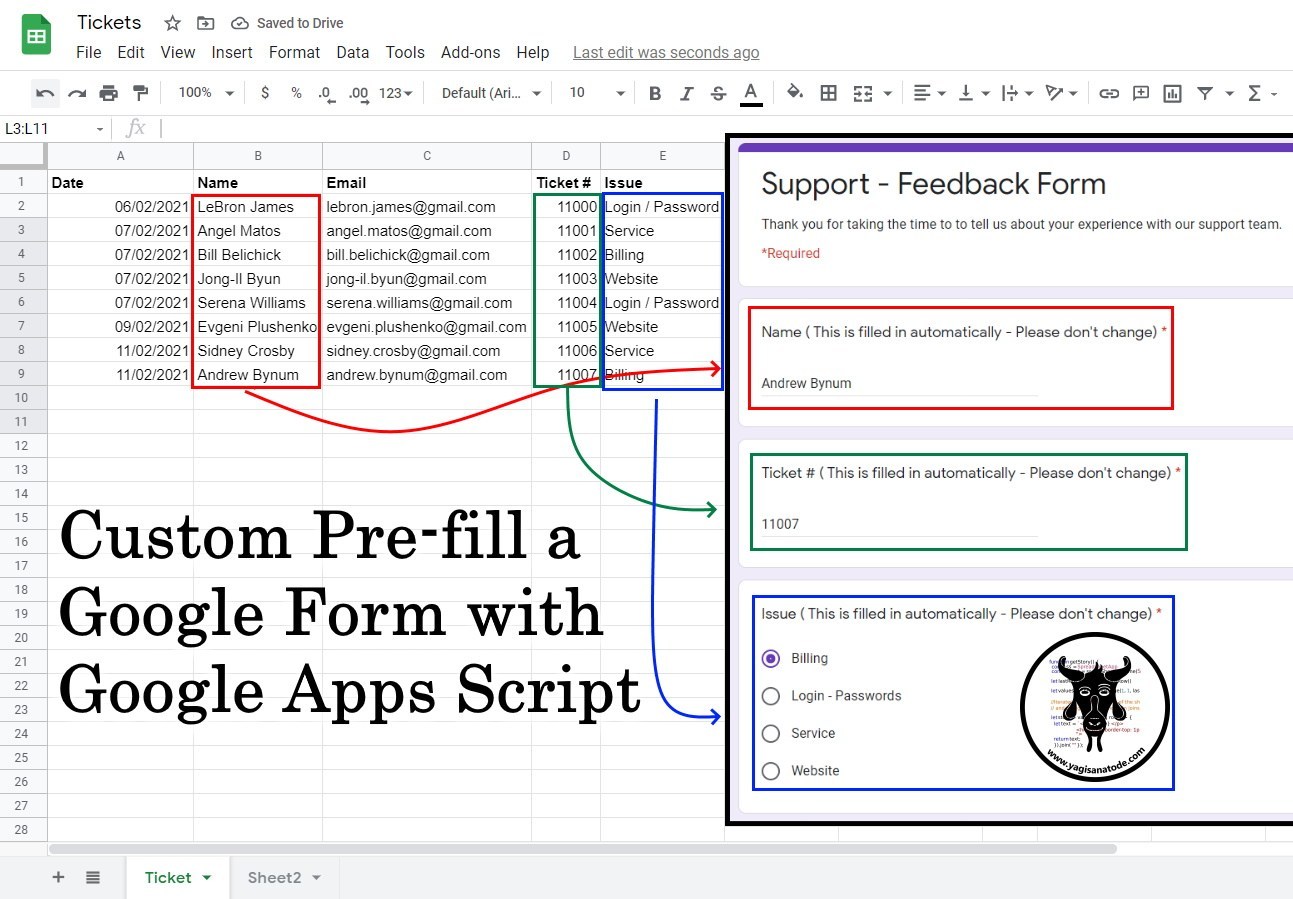 Recently I raised a support ticket with a tech company I was subscribed to where we were trying to resolve an integration issue I had with their service. Once we had it all resolved they followed up with a feedback form. That feedback form just happened to be a Google Form.

In this tutorial, I’ll walk you through accessing the prefill tool in Google Forms. Then, if you are keen on doing some coding, we’ll create a little custom feedback form for unique users that we will deliver via email.

In this tutorial, we are going to create an interactive story chain app that we can embed into a Google Site or your own site like WordPress.

Yagi uses a simple but very effective interactive story chain app to explore and explain some very powerful Apps Script functionality all developers should know about. This includes using the LockService which can be used to prevent concurrent access to sections of code. Yagi also highlights some recent discussions around the limitations of Web Apps and concurrent users. Click through to the source for all this and more. If you have ever done any work in Google Sheets you might have come across the incredibly useful UNIQUE function. This function can take a single row or multiple rows and generate a list of unique cell values.

Sometime you might have a use case where you need to replicate the UNIQUE functionality in Google Apps Script. … Whatever the case, knowing how to to create a unique array from a 1-dimensional array or a 2-dimensional array is an important part of your toolkit as a coding goat 🐐.

This tutorial will look at how to create this with modern Javascript that is incorporated into the Google Apps Script language.

Google Apps Script: How to Add and Remove Editors to a Google Sheet based on Sheet Data – Yagisanatode

Google Apps Script, Google Sheets, Javascript Have you ever wanted to have a Google Sheet available for only those users who need to edit and then once they are done, take their edit permissions away to maintain the integrity of the sheet? I know that I have come across these conditions a number of times … Continue reading “Google Apps Script: How to Add and Remove Editors to a Google Sheet based on Sheet Data”

Source: Google Apps Script: How to Add and Remove Editors to a Google Sheet based on Sheet Data – Yagisanatode

Google Apps Script: 3 Google Sheets Custom Functions to Allocate Items from a Column and Spread Them Out into a New Column N Times – Yagisanatode

Imagine if you have a set of data, say, Cat, Dog, Goat and you want to create a new column where each item is repeated 3 times. Essentially what we are doing here is spreading out our original … There is no real easy approach to do these things with the standard Google Sheets Formulas (Known as Functions in Google Sheets). Fortunately, we can create custom functions with Google Apps Script to do the job.

In this post, I will go over the 3 custom functions that I created to solve these three problems. I’ll then provide a quick-use guide if you just want to dive in and get started using them. Finally, I go over some of the interesting parts of the Google Apps Script code for those of you who wish to learn more about creating your own custom functions.

Source: Google Apps Script: 3 Google Sheets Custom Functions to Allocate Items from a Column and Spread Them Out into a New Column N Times – Yagisanatode 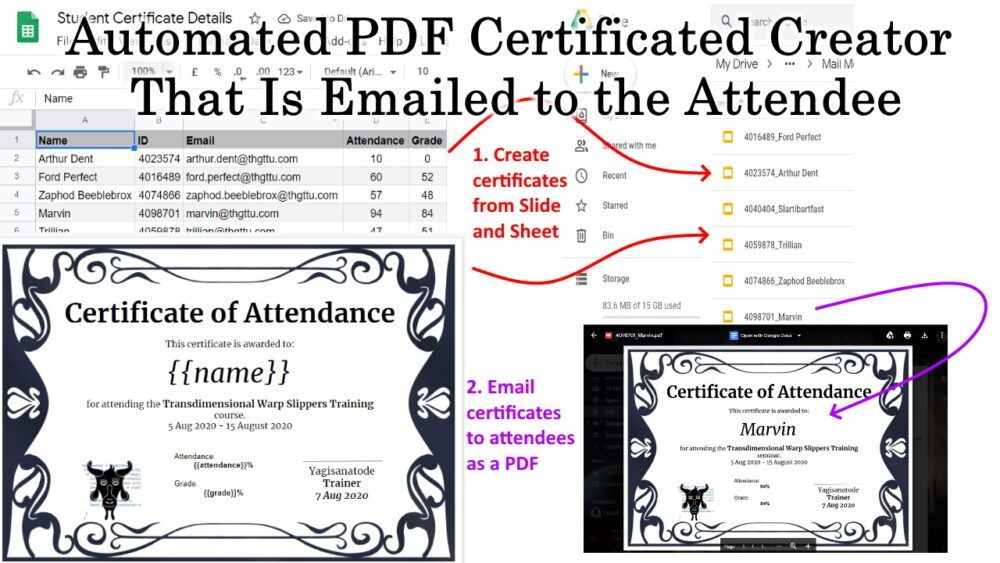 Use Google Apps Script, Google Slides and Google Sheets to quickly automate creating a Certificate of Attendance and send it to attendees.

Nice example using Google Apps Script to generate and share .pdf documents via email. The source has all the code you need to get going on this.

Google Apps Script: Extract Specific Data From a PDF and insert it into a Google Sheet – Yagisanatode Have you ever asked for a list from a client, another department or agency and instead of saving into a file that might even be considered marginally useful, they give it to you as a pdf. … Continue reading “Google Apps Script: Extract Specific Data From a PDF and insert it into a Google Sheet”

Yagi shares a comprehensive walk-through of how you can sometimes extract data from .PDF documents using Google Apps Script and the advance Drive service. The solution is also able to work on .PDFs created from images using the built-in OCR features of Google Drive and you might want to drop the getTextFromPDF() function shared in the post.

Source: Google Apps Script: Extract Specific Data From a PDF and insert it into a Google Sheet – Yagisanatode 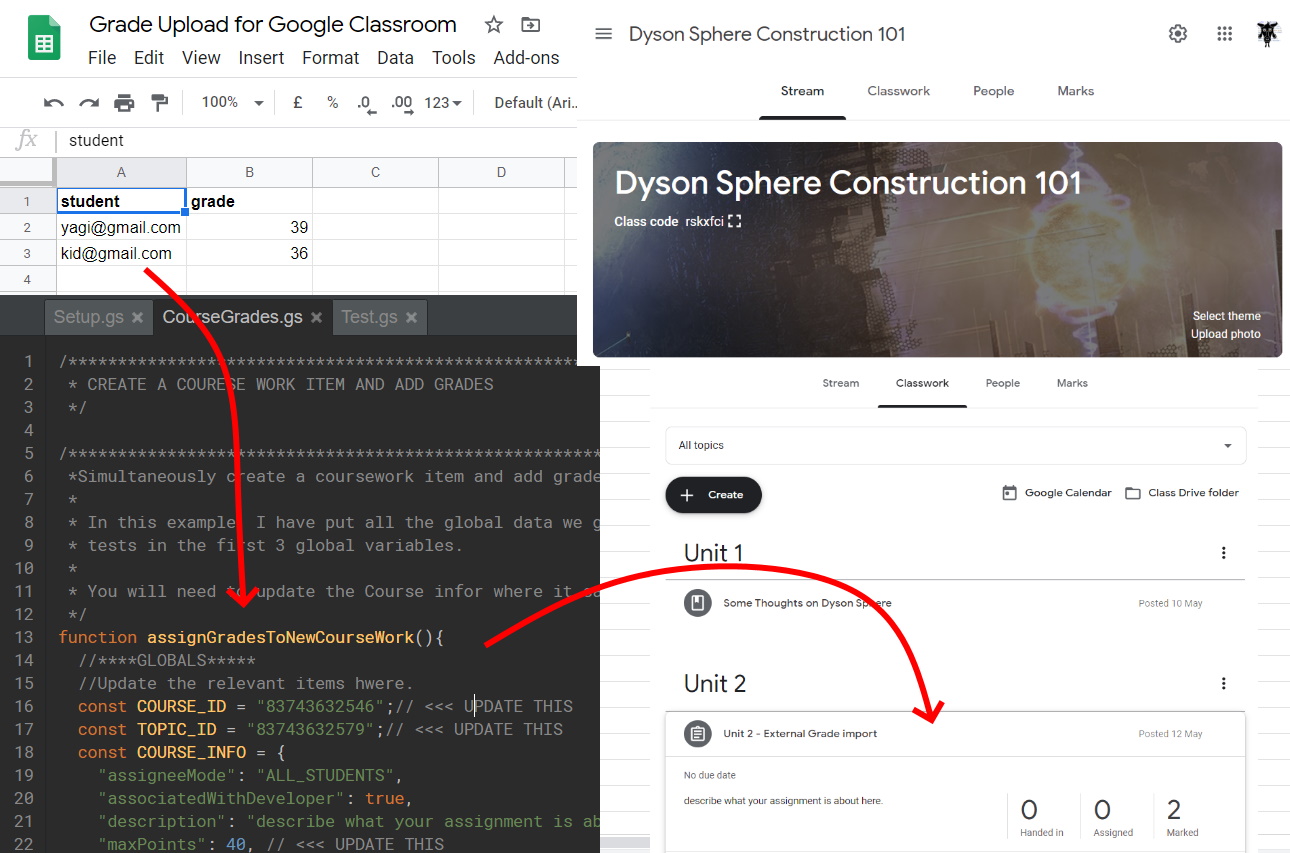 Google Classroom has become one of the darlings of the teaching world that has come out of this crisis. Its shallow learning curve and attractive UI made it an obvious choice for most educators. Oh, and I am sure the fact that it is free helped too.
One of the limitations is that you cannot simply upload grades from, say Google Sheets or another assessment tool. Well…not directly in the Google Classroom platform, yet.

This tutorial runs through the basics of uploading grades from Google Sheets into Google Classroom using Google Apps Script with the Classroom API.

This simple tutorial should get you started with grabbing text from a Google Doc for other uses. You could certainly make a lot of changes to the code to introduce more search rules. Likewise, you could use regular expressions to search for some really cool stuff, but for a simple overview this should get you started.

This post provides a detailed how-to of getting a list of information from the document that you have noticed are between two sets of characters.

Google Sheets: Get the Number of Words or Sentences in a Cell (Paragraph) – Yagisanatode Have you ever woken up in the middle of the night thinking – phawh! I’d really like to know how many words there are in a paragraph – Or stopped mid-chew on some arbitrary item carelessly left in the paddock by the boss and thought – geez! If there was only a way to count the number of sentences in a paragraph in a cell in Google Sheets!?

Source: Google Sheets: Get the Number of Words or Sentences in a Cell (Paragraph) – Yagisanatode

Have you ever wanted to delete or add columns in a Google Sheet, based on another set of Sheet data?

In this tutorial, we’ll show you how to use Google Apps Script to update your headers based on another sheets values. These sheets values can come from the current Google Sheet workbook or another one. We will also ensure that the data below the headers is migrated along with the new header location.