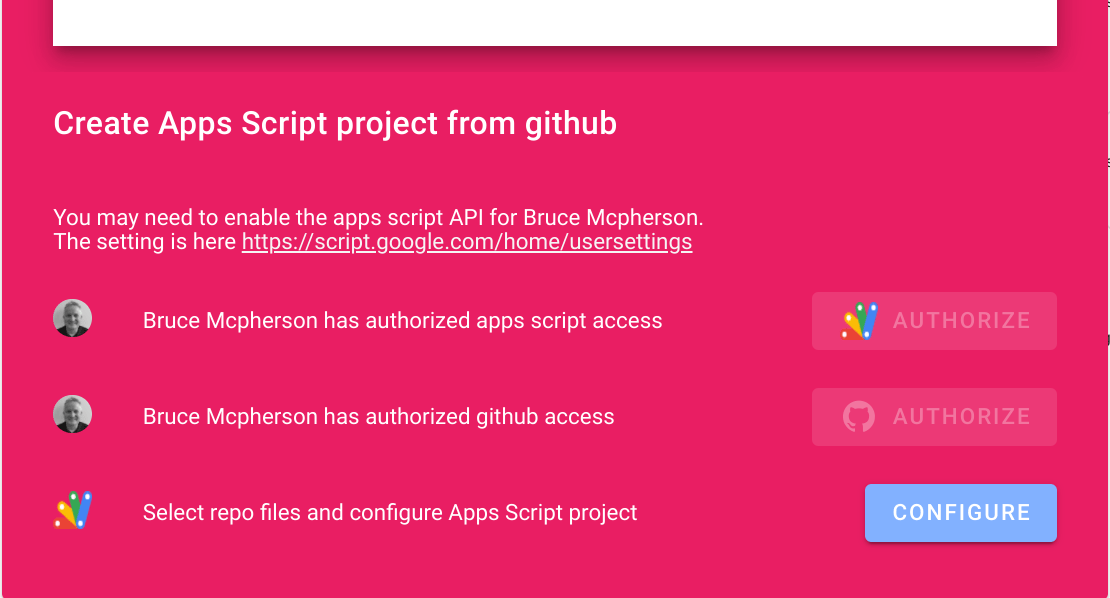 I thought it might be useful if you are learning Apps Script to be able to pull in examples to play around with. This latest release adds the ability to configure and clone projects from github directly into the Apps Script IDE.

The source link explains more about how you can do this: