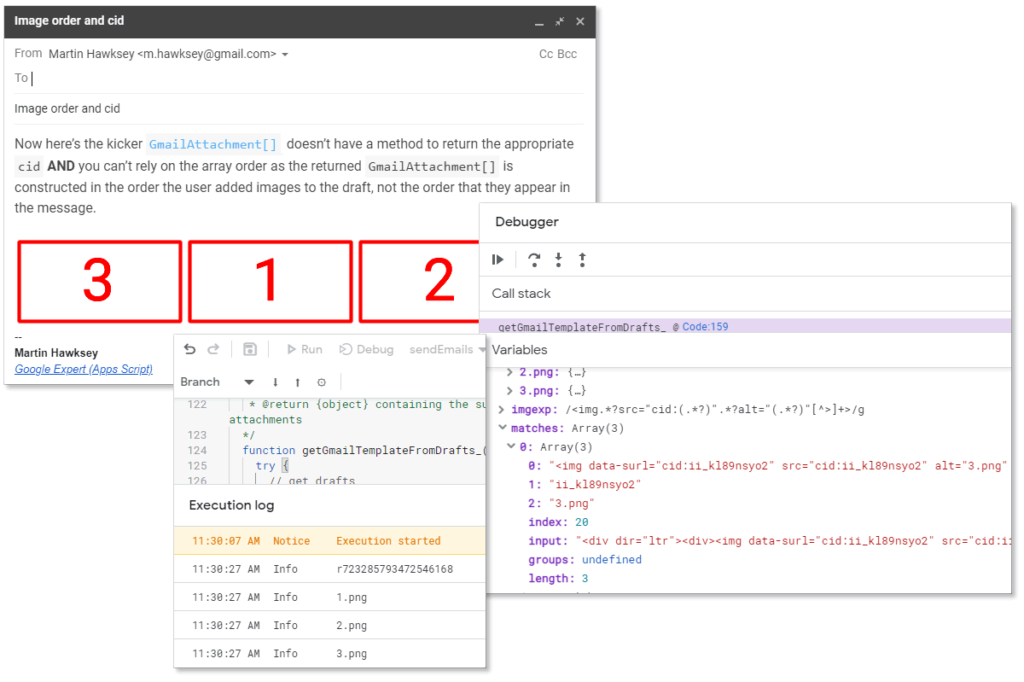 A common workflow solution in Google Apps Script is to use a Gmail draft message as a template for sending emails. For the user the benefit is they can draft a message in a familiar environment adding formatting without having to worry about writing HTML. A problem often encountered is the inclusion of inline images. This post looks at solving the issue of missing inline images.

Source: Everything you ever wanted to know about Gmail draft inline images and Google Apps Script but were afraid to ask – MASHe