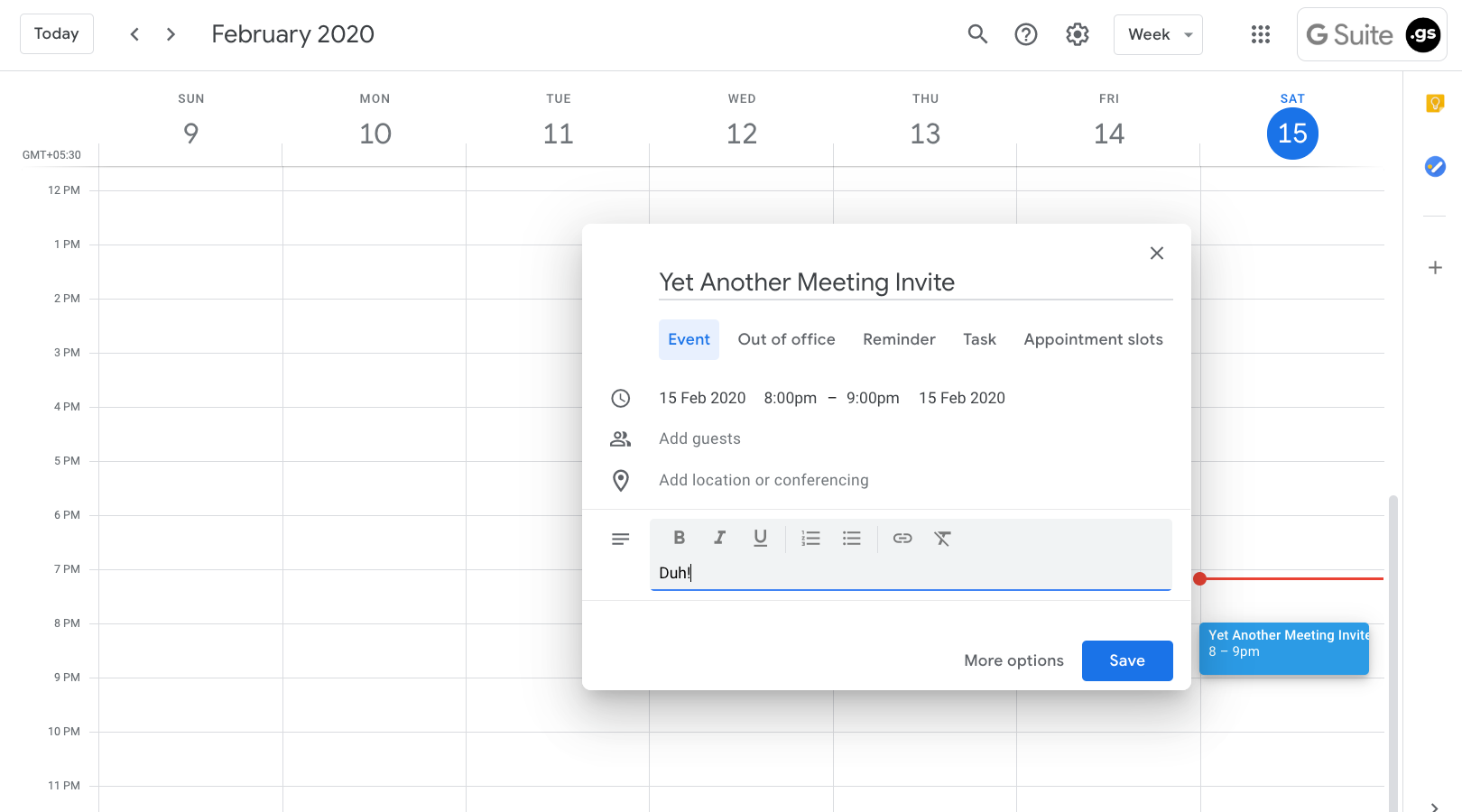 send a follow-up email to all undecided participants of a meeting that you’ve scheduled via google calendar using apps script.

here’s a piece of code that you could schedule for every morning (preferably before your official work hours start) to be triggered, such that the script could iterate through every single meeting event that you’ve scheduled (i.e. where you’re the “organiser”) for the day and send an email to all those invitees who’ve neither accepted nor declined (even excluding the maybe’d ones too) to said invites.

Nice post from Sourabh Choraria which covers interacting and using data from your Google Calendar.